Since the age of 6 Adam was drawn to the world of creative and performing arts like a moth to a blow torch, or at the very least an open flame.  His first role as the Big Bad Wolf in Year 1 at Moulamein Central School is still referred to as one of the best renditions of the evil character from Red Riding Hood ever.  (Praise is verbal and can’t be substantiated in writing.)

Since his early days treading the boards as a BA graduate from Charles Sturt University’s Acting for Screen and Stage Course, Adam has had roles in Water Rats, All Saints, Farscape and Breakers, and has appeared in national and international commercials such as a Visa Card ad with Hollywood’s Liv Tyler.

In 2013 Adam had a role as an English businessman and cricketer in the locally produced Wagga film “Backyard Ashes” sharing the screen with John Wood, Andrew S Gilbert, Felix Williamson, Damian Callinan and Lex Marinos. The film is the classic tale of David vs Goliath both as a locally funded production and as a story.

Adam will also be seen in the Australian film, “Stakes” in 2015 portraying the film’s major antagonist, Peter Williams.

He is currently an active MEAA member and is represented professionally as an actor and presenter by Townsend Management.

In 2013 Adam started the first local online TV show in Wagga Wagga – www.waggawagga.tv – a show all about the positive things happening in the largest inland city in NSW.  There are massive plans afoot for WaggaWagga.TV and local businesses, creatives, tourists and locals will benefit from what is in store…stay tuned.

After many years as an actor, real estate agent, business owner and podcast co-host, Adam is now offering just two core services to business owners in the Wagga Wagga area;

2. Opportunities to stand out from the crowd on www.waggawagga.tv – Wagga’s first ever online TV Station

Find out how you can be involved in the journey.

Learn all the latest online trends and give your business its competitive edge. 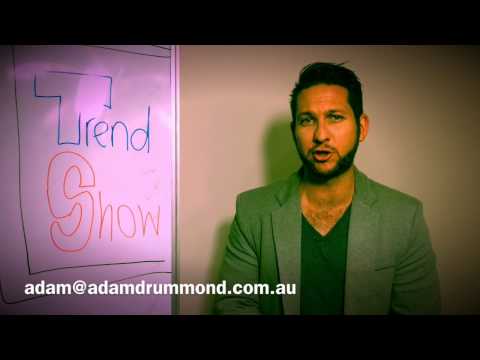 Book a Skype session with Adam

Discuss your marketing needs with Adam or find out more on the services Adam can offer to your business.